Kevin C. Ambler served in the Florida House of Representatives from 2002 to 2010, representing House District 47 encompassing most of Northwest Hillsborough County. During his 4 consecutive terms in elected office, he served on over 47 legislative councils and committees, including serving as Chairman of the Health Appropriations Committee in which he was responsible for nearly $20 billion dollars in appropriations for more than 3 million Medicaid beneficiaries and 80,000 health care providers and 15,000 health care facilities.  During his tenure in the House of Representatives, Rep. Ambler received numerous awards and accolades from professional organizations, boards, and foundations as the top legislator of the year for his outstanding accomplishments for championing numerous important legislative issues.

Representative Ambler attended Cornell University on a four-year Air Force ROTC scholarship where he received his Bachelor of Arts Degree in Economics and Business Administration in 1983. Upon graduation, he was commissioned as a second lieutenant in the United States Air Force.

In 1986, he received his Juris Doctorate degree from Southwestern University School of Law in Los Angeles, California. Soon after, he was appointed as an Air Force judge advocate and assigned to the Office of the Staff Judge Advocate, MacDill Air Force Base, Florida, where he served on active duty for nearly 5 years in several positions including Chief of Claims, Chief of Legal Assistance, Chief of Military Justice and Chief of the Civil Law Divisions. During this same time, he also was appointed by the U.S. Attorney General as a Special Assistant United States Attorney and was responsible for prosecuting criminal cases in federal court against civilians arising on MacDill AFB. Later, his responsibilities expanded to defending the United States in federal court in medical malpractice and personal injury cases arising under the Federal Tort Claims Act.

in 1991. In 1996, Representative Ambler opened his own firm, the Ambler Law Group, focusing in the areas of medical malpractice, products liability, wrongful death and personal injury litigation in both state and federal courts. His firm also handles complex business litigation and transactional matters as well as entertainment and sports law.

Representative Ambler has been admitted to The Florida Bar (1991), Georgia Bar (1986), D.C. Bar (1989), and Hillsborough County Bar Association (1991). He has been admitted to practice before the U.S. Supreme Court (1999),the United States District Court for the Middle District Court of Florida (1991), and the U.S. Court of Appeals for the Armed Forces (f/k/a U.S. Court of Military Appeals)(1986). He previously served as the Chair of the Florida Bar Military Affairs Committee (2002-2003) and Chair of the Hillsborough County Bar Association (HCBA) Military Liaison Committee (2002-2003). He has chaired the HCBA Entertainment and Intellectual Property Law Section (1999-2002) and he has been a regular and active participant in the HCBA “Ask A Lawyer” Pro Bono Program from 1995 to 2002. In 2002, he received the HCBA “Have a Heart” award for outstanding pro bono service. Representative Ambler and his firm hold an AV rating from Martindale-Hubbell National Law Directory reflecting the highest possible rating for professional competence and ethical conduct. He has been a Barrister in the Ferguson-White Inn of Court since 2016.

Representative Ambler has been an adjunct law professor on the faculty for Stetson University College of Law for the past 9 years.

Representative Ambler was appointed by the Florida Senate President to serve on the Florida Film and Entertainment Advisory Counsel in 2019. He also has served on the Board of Directors for the Tampa Film Institute, Inc. d/b/a Gasparilla Film Festival since 2007.

Representative Ambler and his wife, Mindy, have been married over 35 years and have two children, Jason (32) and Jami (30). 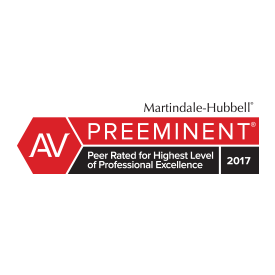